Access Denied
IMPORTANT! If you’re a store owner, please make sure you have Customer accounts enabled in your Store Admin, as you have customer based locks set up with EasyLockdown app. Enable Customer Accounts
Home  / Changelog

This firmware marks a massive release for the WiFi Pineapple Mark VII, with a huge set of feature additions, bug fixes and improvements to many aspects of the project and it's user experience. From reliability fixes in PineAP and Recon to the addition of the Package browser and a WPA/2 Evil AP or out of the box support for supported 802.11ac adapters, there is sure to be something in this version for you.

As always, you can grab the update OTA by giving your WiFi Pineapple an internet connection and navigating to Settings -> Software Update in the Web UI.

A huge thank you to the beta testers for this release who provided great feedback and bug reports, you are invaluable and much appreciated! To further join the discussion, feel free to join the Discord chat.

With the 1.1.0 release, enhanced support for compatible 802.11ac modules has been added out of the box to enable dual band Recon scans. Upon logging into the UI with a compatible adapter you will be presented with the following dialog. You can then click "Configure" where you'll be able to set the Recon Wireless Interface in the settings. Doing this will stop the dialog from showing in the future, otherwise it will show every boot when an adapter is connected. 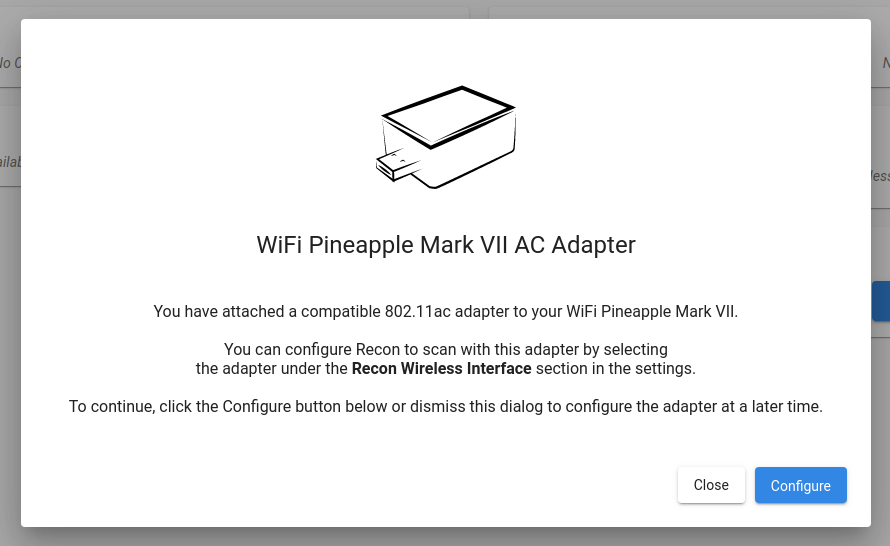 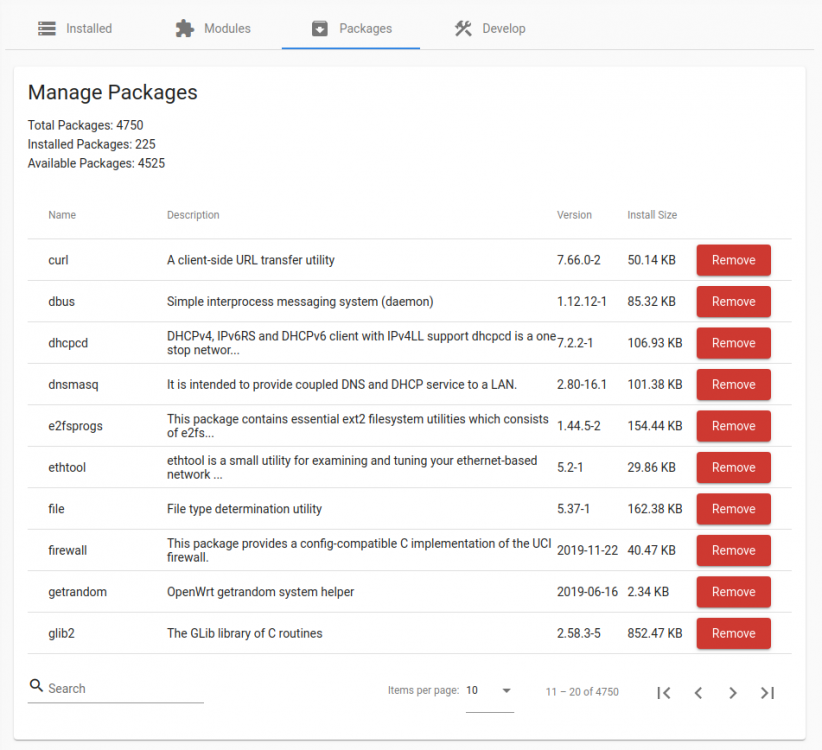 The new WPA/2 Evil AP feature allows you to clone an access point discovered in Recon, enabling you to spoof an AP with a PSK you've already recovered, or with a default passphrase to trick clients into associating with the real passphrase, recovering enough of the 4-way handshake into a convenient .pcap or .22000 format file to crack with tools like aircrack-ng or hashcat. 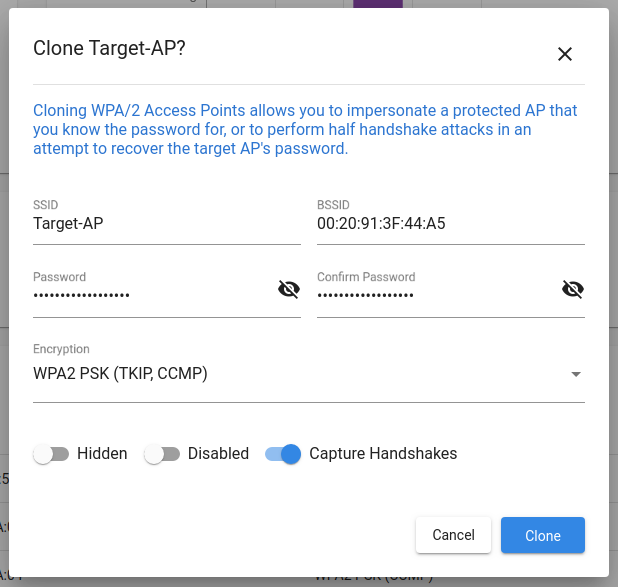